The ultimate feel good musical, Mamma Mia! is currently showing at Leicester’s Curve theatre until September 24, whisking audiences away to a sun drenched island, where laughs are a plenty and ABBA’s timeless music reigns supreme…

From the moment it began, it was clear that Mamma Mia!, the smash hit jukebox musical, was going to be a lot of fun – an entertaining, high energy and (at times) outrageous musical, which doesn’t take itself too seriously… There are plenty of wonderfully silly moments – scores of half naked dancers kicking about in snorkelling gear at one point! However, these are balanced out nicely by more poignant and sentimental ones.

Written by British playwright Catherine Johnson, the story is cleverly told through the songs of the beloved Swedish band ABBA, who are responsible for such hits as ‘Dancing Queen,’ ‘Waterloo’, and of course, the show’s titular classic ‘Mamma Mia.’

It centres on Sophie Sheridan’s quest to discover the father she’s never known, as she prepares for the wedding of her dreams…

This brings her mother Donna face to face with three men from her distant romantic past, something which plays out with absolute laugh out loud hilarity!

The character of Sophie is played by Jena Pandya, whose sweet, crystal clear vocals were one of the stand out aspects of the show for me.

She belts out many of ABBA’s greatest hits, including ‘Honey Honey,’ ‘I Have A Dream’ and the crowd pleasing ‘Thank You for the Music’, with pitch perfect clarity. An absolute joy to listen to.

Other highlights were a jaw dropping performance of ‘The Winner Takes It All’ towards the end of the show by Sara Poyzer, who captured the character of Donna. This actress really gave her all to this particular song, belting out the final notes with such emotion and spellbinding conviction.

Ms Poyzer also showcased her strong comedy chops throughout the show, in a manner similar to Meryl Steep – the actress who played Donna in the 2008 film and its subsequent sequel.

But for me, the real comedy was bought to proceedings by Helen Anker and Nicky Swift, who played Donna’s best friends Tanya and Rosie.

In one scene in particular, the dynamic duo really tickled me with their comic timing and quirky mannerisms as they tried to rouse Donna’s spirits with a quirky version of Chiquitita.

James Willoughby Moore also secured some of the biggest laughs of the night, with his portrayal of ‘Pepper,’ one of the groom’s larger than life friends. In one scene, he struts his stuff on the beach in the hope of catching Tanya’s eye – busting some crowd pleasing and super-high energy moves, with absolute hilarity, and (somewhat unexpected) abandon.

If you get the chance, I’d highly recommend that you check out Mamma Mia! It’s two hours of pure sunshine, and escapism – a crowd pleasing joy-fest, and then some, which is bound to leave you smiling and singing ABBA for days! 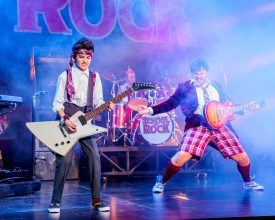 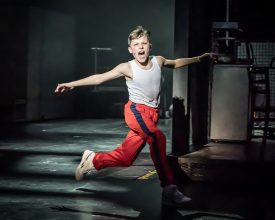 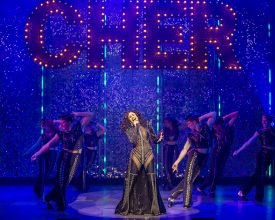 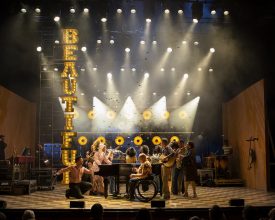