A Groby man has raised almost £4,000 for charity, by completing 21 half marathons in 21 days – in full superhero attire.

Loz O’Shea took on the ambitious challenge to raise money for Cancer Research UK, running a half marathon every day in a different fancy dress outfit.

He completed the challenge today (April 14), arriving at County Hall, dressed Leonardo – one of the popular Teenage Mutant Ninja Turtle characters from the 1990s.

Since starting his challenge on March 25, Loz has ran as a variety of iconic superhero characters, including Superman, Batman and Mr Incredible.

He had hoped to raise £2,000 for his colourful and energetic efforts. However he has smashed his target with a total of £3,925 raised in memory of those close to him who have been affected by Cancer, with more to come.

“I’ve lost so many people in my family to Cancer, and I just felt like I needed to do something”, he said after completing his final run, which was dedicated to his mum Jenny, who died of the disease.

“It’s crazy just how many people I know who have had, or are suffering from cancer, and I just wanted to do something fun and cool to help”.

Loz, has clocked up over 330 miles over the course of his crazy costume challenge, which has taken him all over the county.

However, he admitted that he will miss the experience now that it’s over.

“It picks you up – not that I need picking up, but the adrenaline is crazy, and sometimes I can’t stop running, because I just want to keep that feeling going”, he said of running in full fancy dress.

“I draw power from the suits, and when you’re in them, everyone wants a selfie”, he added. “I must have had at least 20 people stopping me everyday asking for a photo, and I loved it!

“I’ve had people sticking their heads out the window – papping their horns. Just a real buzz.

“It’s been a total adventure. In total I should have only ran 275 miles, but actually smashed out 330 miles doing 55.5 miles more than I should of. That’s what the adrenaline and the push of the public can do for you”.

You can still donate to Loz’s cause, by visiting: https://justgiving.com/fundraising/runningloz 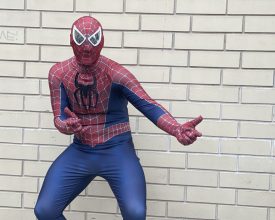 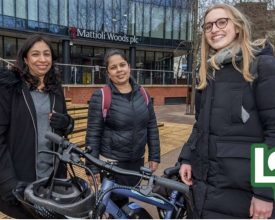 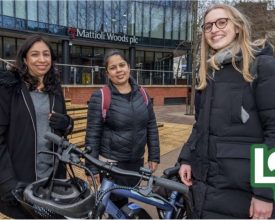 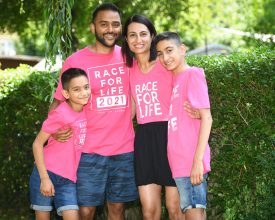