Football fans from all over the country will be heading to Leicester next week, as FA Cup winners Liverpool take on Premier League champions Manchester City in the FA Community Shield.

With Wembley hosting Women’s Euro 2022, the prestigious match will be played at the King Power stadium this year – and while that’s a huge honour for the city, it does mean that Saturday, July 30 will be a busy day in Leicester.

Leicester City Council’s chief operating officer Alison Greenhill is looking forward to welcoming fans to the city for the game, which kicks off at 5pm – but she’s also advising anyone driving into Leicester that day to allow extra time for their journey.

“The FA Community Shield rarely takes place away from Wembley, so we’re very proud that Leicester will be hosting this curtain-raiser to the new football season,” she said.

“Visiting fans will eat and drink in the city centre’s bars and restaurants, giving the local economy a much-needed boost, and Leicester will benefit from hosting a high-profile fixture that puts the city at the centre of the footballing stage once again, so I hope that fans of both teams will be made to feel very welcome.

“But hosting a game of this magnitude does mean, of course, that Leicester will be much busier than normal on Saturday 30 July.

“With 14,000 fans expected to travel to the game by car, there could be an extra 5,000 cars on our roads, all looking for a space to park. There’s also a major event at Abbey Park that day, which will generate extra traffic too – not forgetting the 170 football coaches that will be heading for the area around the stadium.

“Please bear this in mind, if you’re planning on driving into the city centre on 30 July, and allow extra time for your journey and expect car parks to be busier than normal.

“It will be a busy day on the roads – but it should also be a big day for Leicester, which I hope we’ll all enjoy.”

Anyone looking for a hassle-free journey on a busy day could leave their car outside the city centre and use one of Leicester’s Park & Ride services instead.

Green, clean, electric buses leave the Enderby, Meynell’s Gorse and Birstall Park & Ride sites every 15 minutes from 7am on Monday to Saturday. Parking is free and a return ticket for everyone in the car is just £3, with the last buses leaving the city centre at 7pm.

Those driving into the city centre should look out for the real-time parking information that’s displayed on the approach roads to the city, which will help them find an available space.

More information about parking in Leicester is available at www.leicester.gov.uk, while details of Park & Ride services can be found at www.choosehowyoumove.co.uk/park-ride/ 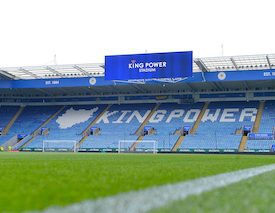 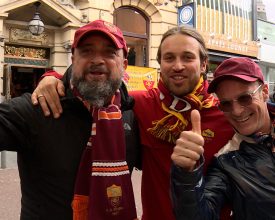 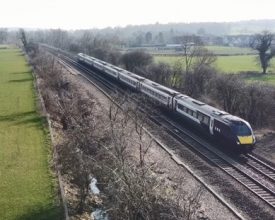 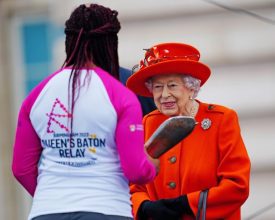