Leicester based girl group ‘Pretty Fierce’ are due to release their debut single on Friday, after being signed to Macklife Records – an imprint owned by multi-platinum recording artist Mark Morrison.

The ‘Return of the Mack’ singer, born and bred in Leicester, has signed up ‘Pretty Fierce’ who will release their first single ‘Ready For Me’ this Friday (May 20).

The four piece pop/R&B group met Leicester music legend Mark Morrison, through his ‘Drop the Knife, Pick up the Mic’ campaign’, which began in the city back in 2020.

Mark Morrison, who grew up in the Highfields, became a household name back in 1996, with the release of his song ‘Return of the Mack’, which topped the UK Singles Chart a month after its release, before becoming a European and Australian hit.

In the United States, it reached number two on the Billboard Hot 100 and went platinum.

“We were the first artists to be able to have the honour of working at Mark Morrison’s studio in the city, and this is when the single was born”, said founding member Georgie Ryan, who is originally from North Walsham, North Norfolk.

“We had to pitch ourselves and he really liked us – our energy, our sound, our vibe and the fact that we are all friends as well as band mates, who write our own songs.

“He advised we move to Leicester to make our dream of becoming a successful girl group a reality so we could focus our time in the studio and rehearsing”, she added.

“We’ve been here for about a year now, and it’s been great. There are some really good producers that we’ve been working with, and there’s some really talented people here, and we’ve witnessed first hand how good some of the local artists really are”.

Georgie, 23, describes the band’s new single as an upbeat, feel-good song, which is perfect for the Summer.

“It’s all about loving yourself, realising your worth and dusting yourself off after a breakup/experience you’ve had with someone”, Ms Ryan told the Leicester Times.

“We just really hope people get behind it, and that they like it”.

‘Pretty Fierce’ was formed following an audition in Sheffield in 2017, when Ms Ryan met Katrina Howson, 24, from Preston.

The summer of 2019 saw the arrival of Macey Pick, 22, from Melton Mowbray, and Ayanda Mtethwa, 24, from London.

‘Ready For Me’ will be available on all streaming platforms via MackLife Records from Friday.

To find out more about the band, visit: http://www.abadgeoffriendship.com/pretty-fierce 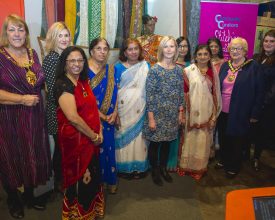 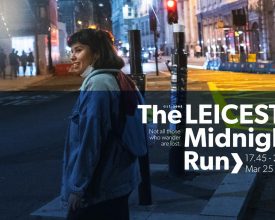 MIDNIGHT RUN WILL EXPLORE THE NOCTURNAL LIFE OF LEICESTER