THE RSPCA has released heartbreaking images of a neglected and emaciated rabbit, which was found abandoned in a residential car park in Leicester.

The animal charity has issued the photographs in the hope that people will come forward with information about the situation, and what led to the animal’s neglected state.

The dwarf rabbit was found by a member of the public in the car park near to Barkbythorpe Road on January 24.

An RSPCA inspector collected the emaciated animal and took them straight to an independent vet.

However it was in such a terrible state that vets advised that the kindest thing for the rabbit was to put it to sleep to prevent them suffering further.

Its fur was matted with puss and it displayed skin sores which were infected, revealed a spokesman for the RSPCA, the UK’s leading animal welfare charity, which was set up in 1824.

“They were very thin and had facial sores and infections. The fur around their eyes and nose was all matted with puss, the skin was sore and infected, while the poor thing had urine scalds on the back legs and genitals.

“The rabbit’s condition suggests they most likely had been kept in dirty conditions prior to being abandoned.

“It is heartbreaking to think this rabbit had been left in such a terrible condition and I am keen to speak to anyone who has information and we’d ask them to call us on 0300 123 8018,” he added. 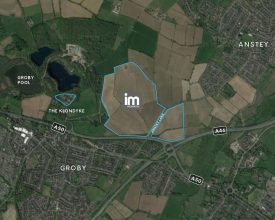 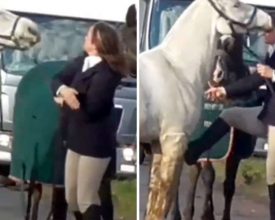 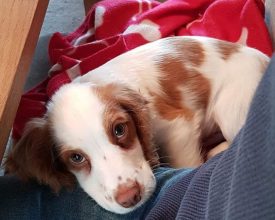