The passing of Her Majesty Queen Elizabeth II is deeply saddening for people across the UK and the wider world.

Queen Elizabeth II visited the city of Leicester on numerous occasions. Leicester Times spoke to members of the community with fond memories of meeting Her Majesty over the years, while others reflected on her wider impact on the city and county.

I was very privileged to meet Her Majesty on a number of occasions. When I became Bishop of Leicester, part of the process included me paying homage to the Queen, where I knelt in front of her and promised obedience.

In 2017, the Queen came to Leicester for our Maundy service just before Easter. This was a beautiful occasion, with 91 men and 91 women receiving Maundy money and commemorative coins. This was a very moving service.

Queen Elizabeth had an extraordinary ability to make people feel special, and like they were the only person she was interested in at that moment. We had lunch at St. Martin’s House, and I was sat next to her and she was very easy to chat to. She was willing to talk about everything, and was naturally very caring.

I was also invited to Sandringham at one point to spend a weekend there. My abiding memory is of her playing Patience one evening, and I didn’t know the particular version of Patience she was playing. So she taught me how to play Patience, which was certainly very special moment. I also preached at a special service at Sandringham that weekend, and she was very interested in talking further about this. She was undoubtedly a person of real faith.

I had the privilege of meeting Her Majesty on two occasions and both were in an intimate environment. The first was as part of the 2012 Diamond Jubilee celebrations, which were launched in Leicester and I believe that symbolic choice of Leicester was hugely significant for this city.

I spent a long time with the Royal Party that day, and Her Majesty put me at ease instantly. When we met, she looked down at my shoes, to presumably see whether they were polished! They were, and she gave me a big smile and immediately put me at ease.

She had a wonderful sense of humour. That day, as we were walking up to the Great Hall at St. Martin’s House, Her Majesty and Prince Phillip took the lifts, while myself and the Duchess of Cambridge took the stairs. When we reached the top, we waiting for the lift, and when it arrived, Her Majesty said ‘you two ran’.

She was a really warm person. In 2015, I was invited to Buckingham Palace for a private lunch, and it was a most amazing day. I had a private conversation with Her Majesty, and have such wonderful memories of speaking with her. She had a very special aura.

Queen Elizabeth impacted a lot on myself and the community. She was a leader for 70 years, and whenever she was meeting people she was always making an impression.

I met Her Majesty on a few occasions. I visited Buckingham Palace at one point, and in 2002 she came to visit Guru Nanak Gurdwara here in Leicester. She paid respect, laid flowers, and honoured the temple. We also had a model of the Golden Temple, and she was telling me about her visit to this in 1997.

During the Diamond Jubilee in 2012, I was High Sheriff of Leicestershire and I received her. We sat on the same table during lunch at St. Martin’s House, and afterwards she came up to me and asked me how the temple was doing. How fantastic that she remembered the temple.

I have such sweet memories of her wonderful personality. The whole world is feeling gloomy and sad today because of her passing.

We started commemorating the life of Queen Elizabeth II yesterday during our 7 o’clock prayers, and members of our community came to pay tribute.

A lot of people are very saddened. Many came to the UK during the Queen’s reign and she opened her arms to us.

We have a photo of Queen Elizabeth in our temple, and it is decorated with a garland of flowers and surrounded by candles. These pay tribute to her life and mark her passing, and the candles will be lit until her funeral.

On behalf of the Leicestershire Muslim community, we express our deep sadness and condolences to the family of Her Majesty Queen Elizabeth. It is exceptional that Her Majesty has ruled for longer than any other monarch in British history.

Her Majesty has seen tremendous changes in our world together with exceptional challenges both local, international, and also personal. Her service to our country is simply extraordinary and she will be remembered for her exception duty and devotion to a life of service.

We therefore join hands with everyone in mourning the loss of a wonderful monarch who has been exemplary in delivering public service to all of us. She was also a person of great sensitivity, kindness and strength to the nation throughout the course of our history.

It’s a sombre but historic moment. If I think of people in the emergency services, we all took an oath to her. For the vast majority of us, she is the only monarch we have ever known.

Queen Elizabeth II has done her duties extremely well and is a role model for many. Her fairness and values are an anchor point for what the police are all about.

We will be supporting the lieutenancy over the next weeks, as there will be many civic events taking place. We are proud to play our part in ensuring that the Queen is given a fantastic send off.

The Royal Family have always been great supporters of theatre and the arts. Her Majesty the Queen officially opened Curve in 2008 – a day we reflect on with great pride and fondness.

We were also very fortunate to have been invited to the annual Royal Maundy service at Leicester Cathedral in 2017, where the Queen and the Duke of Edinburgh were in attendance.

The unifying force of our times, we are grateful to Her Majesty the Queen for her impeccable leadership, generosity of spirit and grace. 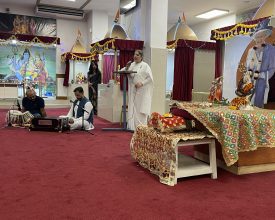 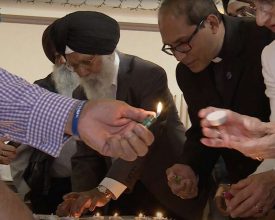 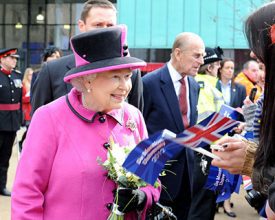 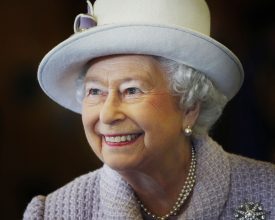