Leicester’s new Lord Mayor has been handed the chains of office in a ceremony at the city’s Town Hall.

Born in Kingston, Jamaica, Councillor Cole came to England in 1964, settling in the UK and becoming a British Citizen. He left school aged 15 with no academic qualifications, but relied on his self-belief to improve himself, eventually going on to study for a degree and becoming a principal computer design engineer.

During this time, he has also been a radio presenter and producer, has run his own businesses and became a magistrate.

In addition to his role as a city councillor, he has also contributed to the community in many ways as a volunteer, with roles including chair of the African Heritage Alliance, an organisation established to address the inequalities experienced by the African heritage community due to racism.

Cllr Cole is married with two children. As Lord Mayor of Leicester, he will be supported throughout the year by his wife Denese and daughter Serenah, and will champion the work of the Sickle Cell Society.

He takes over the role from the previous Lord Mayor of Leicester, Cllr Deepak Bajaj, whose term of office ran from 2021-2022.

Cllr Cole’s Deputy Lord Mayor will be Cllr Luis Fonseca, while Cllr Bajaj will follow tradition in taking up the role of High Bailiff.

Cllr Cole said: “I’m very much looking forward to serving the city as its Lord Mayor, and this next phase of what life has in store.

“I remember leaving school at 15 with the words of the teachers ringing in my ears, that I’d never pass an exam in 100 years, but my life has been about finding myself and being motivated to better myself.

“I am also committed to working with the African Heritage Alliance, to help tackle the sort of issues which have fuelled the Black Lives Matter movement, and which still underlie so many issues in society today.

“I have always believed you are as young as you feel, and I hope to bring that enthusiasm and energy to this role, which is a great honour.” 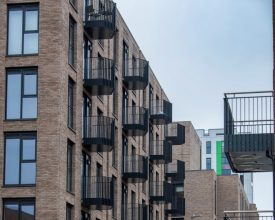