A LEICESTERSHIRE man has been doing his bit to spread kindness across the world by writing inspirational quotes onto pegs, and leaving them around for others to find.

Alan Ayris has been handing out his ‘Lucky Pegs’ for decades, but more recently he has been leaving them in beauty spots around Leicestershire in the hope that they make somebody’s day and lift them up during these difficult times.

His ‘Lucky Pegs’ have even found their way across the world to as far away as Australia, and more recently, the Arctic Circle in Norway (pictured).

Speaking on National Random Acts of Kindness Day (February 17), Mr Ayris told The Leicester Times, about the amazing success of his ‘Lucky Peg’ initiative, which he started back in the early 2000’s.

Since then he has given out over 100,000 pegs, many of which have been placed in areas around Leicestershire, including at Bradgate Park, Bardon Hill and Thornton Reservoir.

“I’m still on my own mental health journey, but doing my ‘Lucky Pegs’ and knowing that it makes a difference to people really helps,” he said.

“It’s such a simple thing, but people contact me and thank me for what I do. They love it because it lifts them up and makes them smile,” he added.

“When you struggle with your mental health as I do, you sometimes feel a bit worthless, but that support and satisfaction I get from doing my pegs really helps me feel that I’m making a difference, and I’ll continue to do it for as long as I can.”

At Christmas Mr Ayris was even invited to attend the Royal Carol Service at Westminister Abbey, as a thank you for his thoughtful services to the community.

In recent years, he has struggled with his mental health after his home in Coalville flooded back in 2016, leaving him with acute anxiety, and with no where to live.

He told The Leicester Times that his next plan is to send his ‘Lucky Pegs’ to world leaders including Vladimir Putin and Boris Johnson, in an attempt to help ease the tensions which are currently taking place.

“Although they are leaders, they are just human beings, no better or no worse than you or I,” said Mr Ayris.

“On the pegs I plan to write ‘if you want to live in a world of peace, you just need to be peaceful’.

“It’s simple, but sometimes it’s the simple things you do which do the trick,” he added. 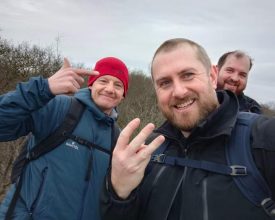 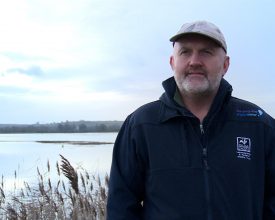 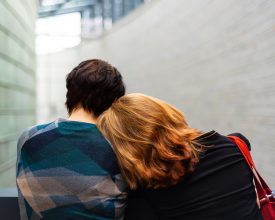