Leicester fitness guru Derrick Evans (aka ‘Mr Motivator’), is calling on the community to help with his brand new mission for 2023 – to address bed poverty in the city and beyond.

The icon, who received an MBE last year for his services to health and fitness, suffered bouts of homelessness before making a name for himself in the early 90s with his fitness routines on GMTV.

After growing up in Leicester, Mr Evans moved to London to pursue his ambitions, and recalls times when he didn’t have a bed to sleep in.

Now, at the age of 70, he wants to help address the issue of bed poverty across the country, by helping to fund machines, which can be used to repurpose discarded mattresses.

“There’s one machine that exists in the UK, which is 40 feet long. The mattress goes in one end and comes out the other end like a brand new mattress – it’s treated, washed, stream cleaned, fire proofed and O-zone protected.

“I’d like to get one of these machines in Leicester, because there is a problem of homelessness and bed poverty in the city,” he told the Leicester Times.

“That’s just the way it is at the moment and it’s only going to get worse with the economy being how it is.”

According to the star, there are currently 400,000 children across the country, who don’t have a bed to sleep in at night. And that’s just an estimate.

“How many families won’t come forward and mention the fact that they don’t have a bed for their child at home? The figure could be five times that amount, and that should not be going on in this day and age. It’s just criminal,” he said.

Derrick has pinpointed 12 locations across the country, where he’d like to install one of these mattress restoring machine.

However, he is looking for support from businesses within the community in order to achieve his ambitions.

“What we want to do is reach out to anyone who wants to partner with us, because these machines aren’t cheap,” he said.

“We’re trying to get the price way down at the moment. But then we’ll want companies in Leicester who’ll go ‘listen, we’ve got warehouse space that you could actually use to load one of these machines in. Or we need delivery companies who’ll say ‘look, we can collect mattresses when they’re going to be discarded and drop them off where the machine is.

“So it’s a big ask, but if any businesses can come forward, it would really help me to achieve this. It’s a mission which is really important and close to my heart.”

To find out more or to help with the cause, email:  hello@mrmotivatorsclub.com 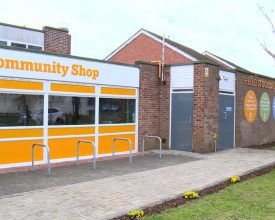 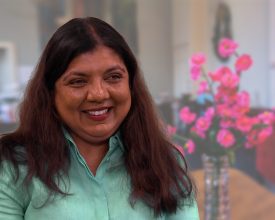 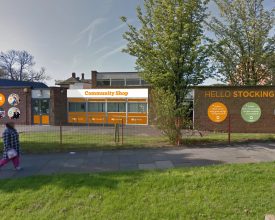 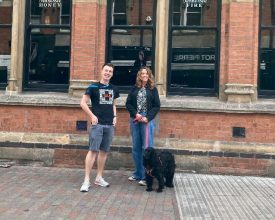 LEICESTER’S FIREBUG ON MISSION TO RAISE FUNDS FOR MENTAL HEALTH