Leicester’s new St Margaret’s Bus Station has scooped its first national award, with architects calling it “one of the most beautiful and important transport hubs in the UK.”

Judges praised the ambition of the bus station redevelopment and the way major elements of the previous building were reused to help cut the carbon cost of construction.

Helen Taylor, Director of Practice at Scott Brownrigg and a member of the judging panel, said: “’I loved that fact that they had taken what was there at St Margaret’s Bus Station and made it better.”

Fellow judge Deborah Williams, Head of Region – Midlands, Historic England, added: “Typically, rail stations get lots of attention, and bus stations are ‘also rans’. It’s the fact that they have created a sense of place in this part of Leicester that is really laudable.”

The new landmark St Margaret’s Bus Station building is said to create a “striking gateway” into the centre of the city. It features a glazed concourse to maximise natural lighting and cut energy consumption and a curved aluminium roof where a solar array of 390 photovoltaic panels generate more clean, green power than is needed to run the building.

Bus passengers benefit from a completely redesigned, improved and more spacious internal layout with better seating, a new café, modern toilets complete with a Changing Places accessible facility, and real-time digital passenger information. The new building also provides significantly more capacity for national and regional services, with the number of available bays increased by a third from 18 to 24.

Ronan Connelly, Architect Associate at BDP, said: “St Margaret’s Bus Station is now one of the most beautiful and important transport hubs in the UK and an exemplar for modern, sustainable design. Modern architecture should be careful, not careless, and transport buildings should respond to the requirements of modern cities like Leicester. We are extremely happy that the station has won this award and it demonstrates the importance of creating a world-class, inner-city building that is both simple and practical whilst achieving net zero carbon.”

Richard Fielding, area director at Morgan Sindall Construction, said: “This award pays testament to the hard work we have all undertaken in the regeneration of this key area of Leicester. The bus station will have a positive impact for so many people throughout our communities and is an exemplar of what can be achieved when we come together to help create the resilient cities of the future.

“The team worked tirelessly to deliver the bus station, which will strengthen transport links between key areas throughout the region and the city centre. In addition, there are improved footpaths and roads and enhanced facilities for cyclists and pedestrians as well as safer crossings and new landscaping and more tree planting, meaning the new bus facility truly offers something for everyone.” 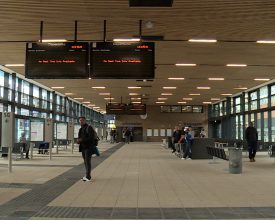 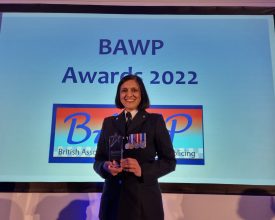 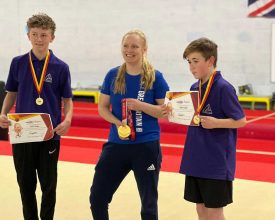