In the year that marks the 10th anniversary of the discovery of the skeleton found beneath a Leicester car park, which was later confirmed as that of English king Richard III, Arthur Hughes (currently playing the title role in the Royal Shakespeare Company production of Richard III) paid a visit to Leicester’s King Richard III Visitor Centre to rediscover the man behind one of Shakespeare’s most notorious ‘villains’.

The visit took place on August 31, ten years to the day since the University of Leicester Archaeological services applied for permission to exhume human remains from the Greyfriars dig site. It saw the RSC actor and director Gregory Doran, take part in a Guided Tour of the historic Visitor Centre, which was purchased from an old school building by Leicester City Council in 2012 to tell the story of the remarkable search for – and at that point unconfirmed discovery of – King Richard III.

The incredible transformation of the former Alderman Newton’s School, located right next to the spot where the king’s remains were found, was completed in record time and the King Richard III Visitor Centre opened its doors to the public on July 26 2014.

The remains of King Richard III were later reinterred at Leicester Cathedral on March 26 2015 following extensive anthropological and genetic testing.

Highlights of the visit included an audio-visual tour through the history of the Wars of the Roses, charting Richard’s rise to power and the unsolved mystery of the murder of the Princes in the Tower, an interactive timeline of the archaeological dig and a 3D reconstruction of the King’s skeleton, which revealed him to suffer from scoliosis, a condition characterized by a curvature of the spine.

The visit concluded with a viewing of the site upon which Richard’s remains were buried over 500 years ago, which has since been transformed into a glass-floored contemplative space for visitors.

Commenting on the visit, Arthur Hughes said: “After spending the last nine months with Shakespeare’s Richard III, to finally be in the site where his body was found was a fantastic experience. As a disabled actor, I’ve spent a lot of time understanding the psychological shape of Richard III. To finally understand the physical shape of him and to know that this was a famous disabled king, is something very important as is to be playing this very famous disabled part, which historically has – not enough – been played by a disabled actor.”

Rachel Ayron, Learning and Interpretation Manager at the King Richard III Visitor Centre added: “Before 2012, most people’s perception of Richard III was shaped by Shakespeare’s play. Love it or hate it – that’s what we thought of the man. Shakespeare’s play is amazing but Richard III is, ultimately, portrayed as an out-and-out villain whereas – in real life – people tend to be much less black and white. Now of course, we have the information that came from the analysis of his remains, about his scoliosis, the fact that he had a spinal disability and that shaped how he thought of himself as a person at a time when disability was treated very differently to today.”

The Royal Shakespeare Company’s current production of Richard III runs until Saturday, October 8 in Stratford-upon-Avon. The production will be broadcast to cinemas across the UK from September 28 and will also be broadcast live into UK classrooms for free on Thursday, November 24.

Shakespeare originally wrote the role of Richard III for Richard Burbage. From the 1590s to the present day, this charismatic and demanding role has been one of the most prized in theatre, made famous by such stars as Laurence Olivier, Ian McKellen, Michael Grandage, Kenneth Branagh and Kathryn Hunter.

William Shakespeare’s Richard III completes the cycle of plays covering the War of the Roses. The play tells the story of Richard, Duke of Gloucester’s villainous plan to take the throne.

The RSC’s current production features Arthur Hughes in the title role of and is the first time that the part of Richard III has been performed by a disabled actor in the company’s history.

To find out more, visit: https://www.rsc.org.uk/ 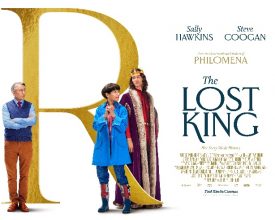 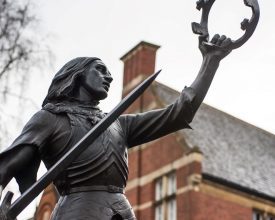 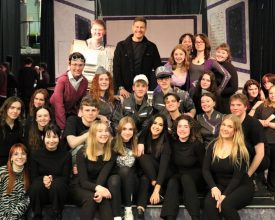