Rob Nixon has today been announced as the preferred candidate for the role of Chief Constable of Leicestershire Police, after undergoing a “gruelling” assessment process.

Mr Nixon, has been chosen as the preferred candidate for the role of Chief Constable by Rupert Matthews, Leicester, Leicestershire and Rutland’s Police and Crime Commissioner, it was announced earlier today (October 27).

Although the appointment is subject to a confirmation hearing in November, Mr Nixon’s performance has been described as “first class,” by the commissioner, and he has impressed since taking over the role of Temporary Chief back in March.

To test his suitability for the role, Mr Nixon has been subject to a robust interview process, which has been carried out in line with the College of Policing’s recruiting requirements.

The “gruelling process” included assessments by both internal and external stakeholder groups, followed by an in-depth presentation to and interview by, the interview panel, after which Mr Nixon was announced as the preferred candidate.

Mr Nixon has served with Leicestershire Police for 29 years and began his career in 1993. He has been serving as Temporary Chief Constable following Simon Cole’s retirement earlier this year.

Mr Matthews said: “I am delighted to announce Rob Nixon as my preferred candidate for the role of Chief Constable.  The interview process was extremely challenging and left no stone unturned.

“Mr Nixon has amassed a wealth of experience and knowledge during his time with Leicestershire Police. These skills have been duly tested over the past seven months during his role as Temporary Chief Constable and his performance has been nothing short of first class.

“Mr Nixon has proven himself to be an outstanding and strategic leader with an ability to respond robustly and calmly to pressure. He has exciting and innovative plans for the force and will continue to build on the excellent foundations of his predecessor, Simon Cole. I have every confidence Leicestershire Police will continue to go from strength to strength under his watch.”

Rob Nixon said:  “I am delighted to be offered the opportunity to lead the force I joined 29 years ago and continue to serve the city and counties I love. It is an enormous privilege to take on, what I believe to be, the best job in public service and I am thankful to the Commissioner and his interview panel. I know I am fortunate to lead a great team. My focus as Chief for Leicester, Leicestershire and Rutland is straightforward: to strengthen trust and confidence in the job the police do, to give a top-quality service to the people we serve, and to do both with high standards, professionalism and respect.”

Mr Nixon has enjoyed a varied and demanding policing career.

In 2008, he was appointed as head of the force’s Community Safety Bureau with responsibility for the development of strategic partnerships, the implementation of neighbourhood policing and offender management and between 2009 and 2014, he was Chief Superintendent for the Leicester City Basic Command Unit, leading policing for the area.

He was promoted to Deputy Chief Constable in February 2018 and two years later, in December, was awarded the Queen’s Police Medal (QPM) as part of the Queen’s New Year’s Honours List. 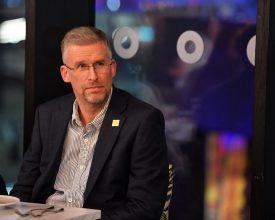 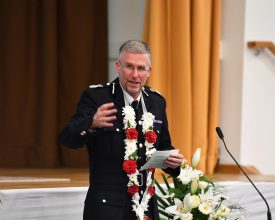 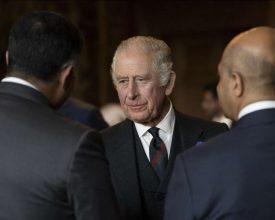 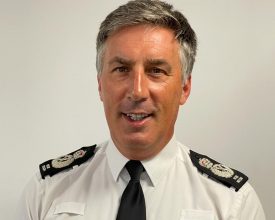