An eclectic lineup of live music, including over 30 artists and bands, will feature at Leicester’s
second craft beer and music festival this weekend.

As well as an impressive musical line up, it will showcase a huge variety of food and drinks, with over 40 craft beers, a gin and cocktail tent, and street food stalls in Green Dragon Square, located behind Leicester Market.

Providing the soundtrack to the festival, will be a varied lineup of artists, with sounds spanning through funk, reggae, soul, rock, urban and electronic music. Headline acts include a 7-piece live funk extravaganza in the form of Leeds-based funk and soul band Haggis Horns, reggae grooves from North-West London producer and multi-instrumentalist Kiko Bun, a brass explosion by New Orleans inspired King Brasstards, and a DJ set from DMC World Champion Jon1st. Music will be on throughout the day until 9pm each night.

The festival will also feature a huge variety of 40+ craft beers from a stellar line up of breweries, including local names such as Framework, Charnwood, Leatherbritches, Everards, Round Corner, Oakham, and national greats including Tiny Rebel, Vocation and Beavertown.

As well as the huge selection available at the festival, pubs and bars across the city centre will be
adding to the possibilities of new tipples to try via a craft beer trail, with specially selected beers that will be available exclusively over the weekend.

The event is funded by BID Leicester, with support from PPL PRS and Leicester City Council.

“We’re delighted to see the return of the city’s craft beer and music festival” said Simon Jenner,
Director of BID Leicester, funders of the event. “Brew Beat will be a celebration of local talent –from emerging performers to the best local breweries. We’re sure that this year’s festival will be even bigger and better than the last, with the addition of food vendors on site, an even broader range of talent, the additional options of a cocktail bar, and a programme of satellite music events across the city after the festival finishes each evening. As well as bringing a great party atmosphere, events like this help drive footfall directly into our pubs and bars to benefit the local economy.”

The festival site on Green Dragon Square will be free to enter, however once capacity is reached a
one-in, one-out policy will operate.

To find out more, visit: www.brewbeat.co.uk 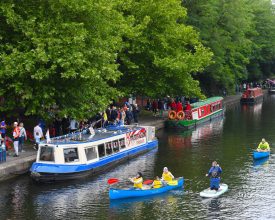 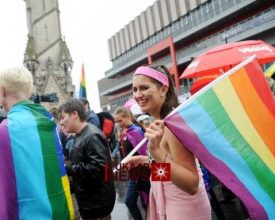