Leicester City shirts – signed and worn by the likes of Jamie Vardy and Youri Tielemans, are going under the hammer to raise funds for the Royal British Legion.

The shirts, which worn by Foxes players during their recent match against Manchester City, have gone up for auction courtesy of https://www.matchwornshirt.com/

In the auction, fans will be able to find the shirts of Leicester City heroes such as Jamie Vardy, James Maddison and Youri Tielemans, as well as the rest of the starting 11 and bench.

“All shirts worn by the players will come fully equipped with the ‘match-worn’ elements of the game such as mud and grass stains, as well as the personal signature of the player himself,” said a spokesman for Match Worn Shirts, which raised a total of £800,000 for the Poppy Appeal last year, as a result of the campaign.

“Included in the auction there is also a squad signed shirt which has been placed in one hand-crafted limited edition poppy frames. What makes these shirts even more special is the iconic poppy embroidered at the centre of the shirt, ensuring each one as a unique piece of English football history.”

The auction has already raised more than £7,000, but they hope to raise even more as the proceeds gathered from the auction will go to the Royal British Legion, who supports the Armed Forces community throughout their lives, providing a lifeline for serving personnel, veterans and their families, whilst also supporting them in the face of hardships, injuries and bereavements.

“We cannot forget the importance of supporting the armed forces community, something that English football has proudly done since 2012,” said a spokesman for Match Worn Shirt.

“This year the Premier League, English Football League and Women’s Super League are once again showing their support for the armed forces by proudly wearing the poppy on their shirts around remembrance weekend.”

To find out more or to bid on the items, visit: https://www.matchwornshirt.com/event/29-10-2022-leicester-city-manchester-city

The auction ends on Saturday (November 12). UNIVERSITY OF LEICESTER TO COMPLETE ‘POPPY PILGRIMAGE’ NEXT WEEK 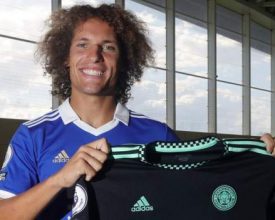 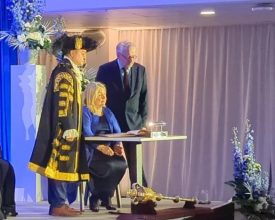 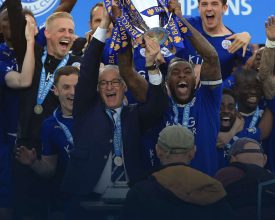