A statue of a Sikh soldier was unveiled in Leicester this weekend, to honour Sikhs who fought for the UK in both World Wars and other global conflicts.

Hundreds gathered to witness the unveiling of Sikh soldier statue, which went on display in the city’s Victoria Park yesterday (Sunday, October 30).

After over seven years of planning, it was something which many at the event felt was “long overdue.”

Sikhs accounted for less than two per cent of India’s population during the First World War, but made up almost 20 per cent of the British Indian Army at the outbreak of hostilities.

Despite their contributions, Sikh troops have been “underrepresented” at both national memorial services and in the media.

“Sikhs have played a very, very important part of the British Army and the British Indian army and it’s absolutely right and proper that they are represented with a memorial here in one of our great towns,” Major General Celia Harvey, United Kingdom Defence Sikh Champion, told the Leicester Times at Sunday’s unveiling.

“This is a great initiative and I know it has been many years in the planning and bringing to fruition. I would like to compliment the committee, the community and the council, who have pulled together to bring this to reality.

“It’s an absolutely fantastic feat, it’s a beautiful statue and it is a worthy tribute to our soldiers, sailors and aviators.”

The idea for the statue was envisaged by the late Councillor Culdipp Singh Bhatti. It was brought to fruition with the help of representatives of the Sikh community, known collectively as the Sikh Troops Memorial Committee, as well as the wider public and city council community ward funding.

“It’s overdue, but my goodness it is good now that we’ve done it properly,” said Leicester City Mayor Peter Soulsby, of the length of time it has taken to bring the statue to fruition.

“It’s a really good jumping off point for conversations and education about the Sikh role in Armed Forces,” he said.

“This is a really fitting and brilliant memorial to that huge contribution to our national life.”

The statue, which was designed by by Artist Taranjit Singh (Taran3d), will complement the existing war memorials in Victoria Park’s Peace Walk.

“It’s important to recognise the sacrifices that the Sikh community especially made during the wars, giving us the kind of opportunity of freedom and peace that we enjoy today,” said Fayyaz Suleman, chairman of the Leicester Council of Faiths.

Air Marshall Phillip Sturley, president of the Rutland Branch of the Royal British Legion, was among the hundreds of people gathered to see the statue unveiled.

“In all of my career with the Royal Air Force, which was 53 years, I’ve worked with Sikhs and they’ve been the best troops in any unit I’ve been on,” he revealed.

“I admire them for their history, and for what they’ve done for the UK in all the wars, so anything I could do to support them, I would do.” 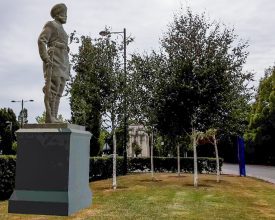 SIKH TROOPS WAR MEMORIAL TO BE UNVEILED IN LEICESTER PARK 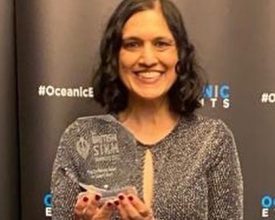 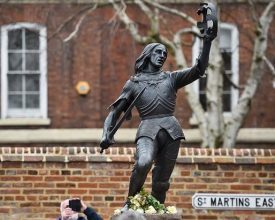 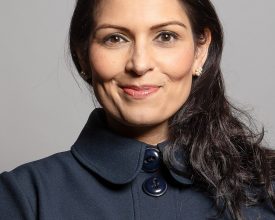