The University of Leicester has been named as one of two headline sponsors for this years’ NHS Heroes Ball – an event designed to raise funds for the city’s hospitals.

The aim of the event, is to raise enough money to buy two new ventilators for the neonatal unit at Leicester’s Hospitals.

The University of Leicester has been named as one of two headline sponsors for the event, alongside the city’s Chaiiwala restaurant.

Supporting the NHS and its dedicated workforce is extremely important to the university, which cites it as one of its key partners.

“I feel that it’s important to let the NHS staff feel that they’re appreciated, and of course it’s an opportunity to raise money to support the future work of the Leicester Hospital’s Charity, which does wonderful work,” said Tom Robinson, Pro Vice Chancellor, Head of the College of Life Sciences, and Dean of Medicine at the University of Leicester.

“We’re conscious that Covid has had a major impact on the NHS workforce, so I think anything to make NHS staff feel valued, is really important.

“The staff and the NHS want to do their very best for patients. I know there are pressures, but I think they are working really hard to do their best as quickly as possible, so that people get the benefit of the NHS,” he added.

Mr Robinson cites the NHS as one of the University of Leicester’s key partners, an organisation it has a strong interest in working with, due to its role in training future health care professionals.

A key part of its strategy, and strong civic duty, is also to engage with key people within the local community.

When it comes to encouraging people to come to the NHS Heroes Ball, Professor Robinson said that as well as being a way to say “thank you” to dedicated NHS staff, it is also an opportunity to give back to the service, which supports people from all walks of life.

“The Leicester Hospitals Charity invests all money back into the local hospitals, so ultimately it benefits the staff working there, the patients that are treated there and their relatives too,” he said. “It’s a way of investing in important things for the future, that benefit us all.

“We’re in a really fortunate position in this country, in that we’ve got a health service which is accessible for everybody, and there to support us at all stages of our lives,” he added.

The NHS Heroes Ball is set to feature a variety of entertainment, plus a live and silent auction and a three course Indian dinner on the night. 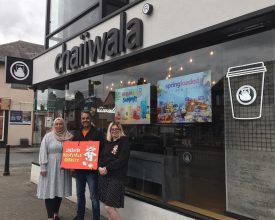 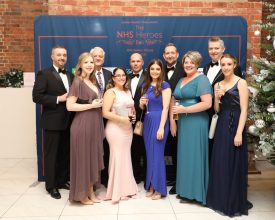 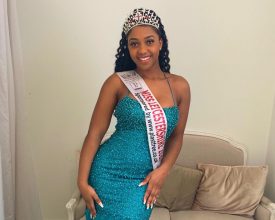 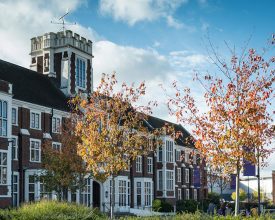