A De Montfort University allumi has admitted to suffering with ‘postgraduate depression’, before securing her dream job working with the mega successful streaming giant Netflix.

Amy Mallett, 29, graduated from De Montfort in 2014 with a degree in English Literature and Creative Writing.

Initially, she found herself suffering from ‘postgraduate depression’ after being confronted with jobs in retail and hospitality, which were a far cry from her passions.

However, in the year’s since, she has seen her career go from strength-to-strength, with a CV boasting work with the likes of Bauer Media, IGN and now Netflix.

Her first big break was a job at gaming and entertainment site IGN, where her presenting skills helped her land a role where she could create video content, record voiceovers and interview AAA game developers.

“I was nominated for MCV/DEVELOP’s Women in Gaming Award in 2019 for my role at IGN, and then last year, I was recognised as one of MCV/DEVELOP’s 30 Under 30 in the Games Industry, which blew my mind. I’m still pinching myself”, she says of her success.

“I’ve been lucky enough to work with the publishers and developers of some massive titles, from Ubisoft to SEGA, and even worked with Square Enix on my favourite game of all time: Final Fantasy VII”, she continued.

“I’ve gotten to play games on camera with huge YouTube legends, meet a zombie expert and feature on the livestream for Assassin’s Creed Valhalla with the actor who played the lead Viking. For a professional nerd like me, it has been a blast!”

At the end of last year, Amy saw an opportunity to join a small team of passionate, like-minded people and became a producer at ‘We Are Reach’: an agency working with Netflix and Playstation among others.

“With ‘We Are Reach’, I get to produce content for some of Netflix’s biggest shows. It’s confidential info at the moment, but I get to work on interviews and featurettes, build social media campaigns, and create fan-focused content for hugely popular shows”.

Even though Amy always had a love for video games and pop culture, she admits that she never imagined actually securing a job in the gaming industry, as it felt like a passion with no career paths.

However, she is now offering advice to others hoping to get into the industry, and regularly takes part in student talks and outreach activities at DMU, which she credits for honing her writing skills.

The radio presenting experience she gained through the university’s award winning Demon Media, also helped her to get her foot in the door of the industries she is passionate about, she claims.

“My biggest advice is to find that one thing that makes your soul light up – the spark that gets you out of bed in the morning, and chase that vehemently”, she said offering words of encouragement to those looking to turn their passion into a career.

“I suffered from really bad postgraduate depression when I first left uni because it felt like the wall of safety of studying and being a student had come down, and now I was staring down work in retail, cafes, bars etc, possibly forever – but that won’t be what happens.

“So be kind to yourself, and if you haven’t figured out what you want to do yet, just try to seek out what makes you giddily happy and start from there”. 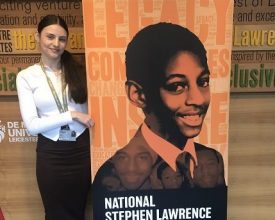 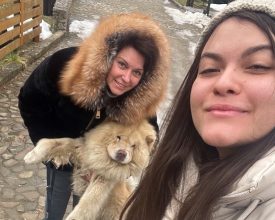 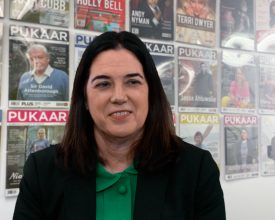