Dozens of Leicester’s historic sites and buildings will be revealing their stories and offering behind-the-scenes tours for a series of Heritage Open Days next month.

The annual festival – which runs this year from Friday, September 9-22, is a once a year opportunity to find out more about the city’s hidden gems and its rich 2,000 year history.

As well as opening up buildings or parts of buildings not normally accessible to the public, there will be over 40 individual events on offer including guided tours, walks and open days.

Everything is free to attend, and although booking is requires for activities, others are open for people to drop in to on the day.

Highlights include the opportunity to tread the boards and go behind the scenes at De Montfort Hall and a chance to tour Glenfield Railway Tunnel, which was the longest railway tunnel in the world when it opened in 1832. Stoneygate Tram Depot, on London Road, will also be opening its doors and offering visitors the chance to take a heritage road trip on a vintage bus.

There will also be a special opportunity to take a guided tour of the Guru Tegh Bahadur Gurdwara, on East Park Road, learn more about the Sikh faith and enjoy a meal in the temple’s community kitchen, or Langar.

Leicestershire City Council’s museum’s service will be offering guided tours of key sites including the Magazine Gateway, the medieval Guildhall and Abbey Pumping Station. Heritage tours of City Hall and the historic Town Hall will also be on offer.

The University of Leicester will be inviting people to discover the architectural heritage of some of its key buildings, including the Brookfield campus on London Road – as well as finding out more about the recent archaeological discoveries telling the story of Roman Leicester – on Saturday 10 and Saturday, 17 September.There will also be a chance to find out more about the At Risk War Memorial Project, highlighting more than 45 different war memorials across the city, county and Rutland which have been taken into care and would otherwise have been lost. Past visitors have discovered ancestors and seen their family members honoured. Drop in to view the project from Thursday 8 to Sunday 11 September at the Chancel, behind All Saints Church on Highcross Street.

The festival will also feature a number of themed walking tours. These include a three-mile tour from Jubilee Square exploring the ‘Coal and the Industrial Revolution in Leicester’; A Georgian Leicester walking tour taking in some the city’s architectural heritage form the 18th century; a walking tour of the historic Greyfriars legal quarter; and, ‘We Are South Highfields!’ – a residents-led tour from Prebend Gardens to Melbourne Hall Evangelical Free Church.

City Mayor Peter Soulsby said: “We have so much heritage all around us in Leicester and this festival gives us the chance to celebrate that and discover more of our city’s long and rich history in the buildings that helped shape it.

“We’re very lucky to have such strong partnerships with other local organisations which will be opening the doors to some of their own fascinating historical building as part of this fantastic festival. I’d also like to thank Leicester enthusiastic and dedicated heritage volunteers, who share their passion for local history so generously – not only during this festival, but all year round.”

A full programme of events, with details of dates, times and how to book, can be found online at the Visit Leicester site.

Printed copies will be available from the Visit Leicester Information Centre, at 4a St Martins, and at Leicester museums. 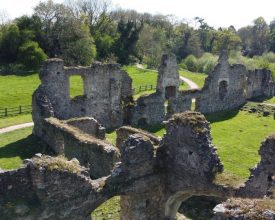 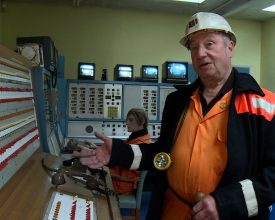