The first winner of a prize created in memory of a much-loved De Montfort University Leicester graduate said it was “an absolute honour” to receive it.

The Adam Redfern Media Prize for Extraordinary Commitment in Journalism remembers Adam, who graduated in Journalism with First Class honours and went on to work at the university’s communications team.

His death in 2021 left his family, friends and colleagues devastated, and they determined that something positive should come from his passing.

Now the Adam Redfern Memorial Fund awards scholarships, bursaries and monetary awards in media, journalism and sport – all Adam’s passions while a student – and the inaugural prize was awarded to Tom Carter alongside his degree on Saturday, where he also met Adam’s parents Ian and Christine Redfern who were there to congratulate him.

Tom said: “It’s an absolute honour to receive this. I never met Adam but I feel as though I know him because we both edited The Demon magazine, we love football, we studied journalism and there’s that link there.

“To receive my degree was good, but to be given this on the same day is just incredible, and to meet Adam’s parents and get to know a little bit more about him and find we had so much in common means the world to me.”

Tom’s now working for GreyGreen Media, an events company in London Bridge, using his writing skills to help promote events all over the world.

Journalism lecturer Brian Dodds taught both Adam and Tom and said the award could not have gone to a more deserving candidate.

He said: “Adam would have loved Tom. He was a star student, threw himself into journalism studies and loved it, did Demon Media, and just like Adam, got involved in all sorts of extra-curricular activity. Like Adam, I know I can always turn to Tom if I needed help getting something done. He is the ideal first recipient.”

Adam’s dad, Ian said: “Christine and I are delighted that Tom is the inaugural winner of The Adam Redfern Media Prize. As well as achieving a First Class Journalism Degree, Tom has clearly immersed himself fully in the university experience during his time at DMU and in particular, has made a significant contribution to Demon Media; very much as Adam did when he was an undergraduate. It makes Tom a fitting first beneficiary of the award. We wish him every success in his future career.”

Adam was only 28 when he collapsed and died of cardiac arrest while out jogging in March 2021. He had been at DMU since 2011, when he began his journalism studies. He soon immersed himself in university life, playing in the men’s football team, joining Demon Media, DMU’s student media society and becoming a member of the De Montfort Students’ Union (DSU).

He edited The Demon newspaper, hosted a sports programme on DemonFM and appeared regularly on DemonTV. After graduating, Adam joined the university’s communications team where he led on Varsity and sports coverage and creative social media campaigns.

Fundraising is set to continue for the Adam Redfern Memorial Fund. A football tournament at Beaumont Park is booked for May 20 next year while a sponsored Run for Redfern 2023 takes place on March 5. 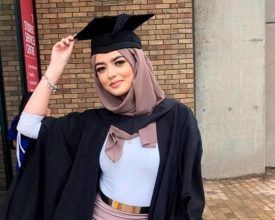 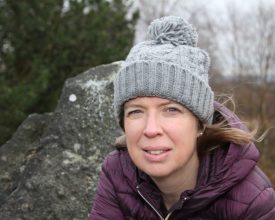 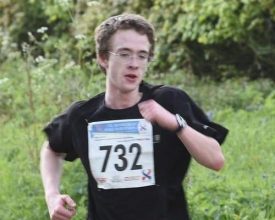