Ahead of next week’s School Games National Finals at Loughborough University, local athletes and siblings Daniel and Rebecca Van Aardt have named their top places to visit in the area.

With the School Games National Finals taking place from 1st – 4th September 2022, two local athletes have given attendees a few handy hints as to places to visit during the games.

Daniel and Rebecca Van Aardt have listed their must-see spots near Loughborough University, where the games will take place.

The School Games National Finals are the UK’s biggest multi-sport event for athletes aged between 13 and 18 years old. More than 1,000 young athletes will be competing at the games, which are organised by local children’s charity the Youth Sport Trust.

16-year-old Daniel and 15-year-old Rebecca will be competing in the Triathlon. With local knowledge, the siblings have chosen four places they believe anybody heading to Loughborough for the games should check out.

The first is The Outwoods, 110 acres of green woodland where both athletes train twice a week.

“It tends to be ideal for running with the different trails in the forest,” said Daniel. “If you want to relax, it is a nice place to unwind as it is big enough to be not too crowded, a great spot to see dogs and you might even see Alex Yee and Sophie Coldwell training!”

The second is the village of Barrow Upon Soar, a peaceful spot which Rebecca says is a great place to run without being bored. “There is a lot to see in terms of culture, but I love to see the boats passing through the canal, and to see the local football club’s shirt which has a skeleton badge,” she said.

In central Loughborough is Queen’s Park, and Daniel says this is a must-see because there is so much going on. This includes the Charnwood Museum, Carillon Tower and Swan Maze. “This is such a big area and if you are coming down for the first time, it is a must because there is so much to do,” Daniel said. “I enjoy going shopping and then coming down here with friends, alongside seeing the best view of the area at the top of Carillon Tower.”

The fourth place the Van Aardt’s have picked is the Break Escape Rooms, which was awarded the Travellers’ Choice 2022 award by Trip Advisor and voted as the Number One Fun and Games activity by the same body.

Rebecca explained: “They are a lot of fun and there is quite a lot of variety depending on what you are looking for. If you need a head scratcher and have a good few hours, it can cause laughs, satisfaction and the biggest grin when you finally escape.”

The School Games National Finals 2022 is taking place thanks to National Lottery funding from Sport England as part of the organisation’s Birmingham 2022 legacy investment. Previous competitors at the games include Adam Peaty, Katarina Johnson-Thompson and Hannah Cockroft. 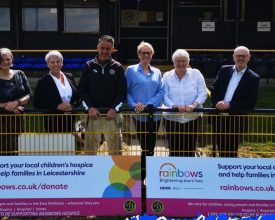 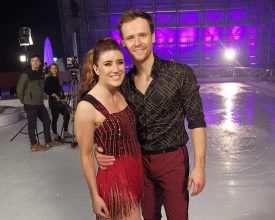 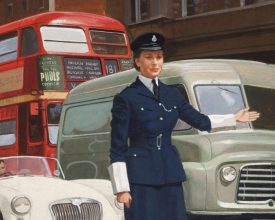 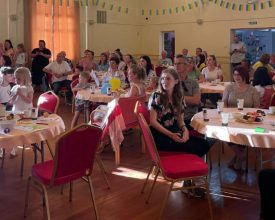