A mother and her newborn baby have died after being found unresponsive alongside each other at Leicester’s Travelodge hotel.

The woman and her newborn child were discovered in the city’s Travelodge yesterday afternoon (March 24), which sits in the Haymarket Shopping Centre.

It is thought that the child was delivered in one of the 67 rooms at the hotel, which opened last year.

An investigation has been launched into the deaths of both mother and child, after attempts to revive them were unsuccessful.

They were taken to Leicester Royal Infirmary just before 3pm yesterday, shortly after the alarm was raised by hotel staff.

A spokeswoman for Leicestershire Police confirmed the tragic incident, emphasising that the two deaths are not being treated at suspicious.

“Officers were called by East Midlands Ambulance Service shortly before 3pm yesterday afternoon (March 24) to a hotel in the Haymarket Shopping Centre, Leicester. The call was made following a new born baby, who had just been delivered in a hotel room, and that the mother and child were unresponsive,” she said.

“Officers attended the scene and both were taken to hospital where sadly they were pronounced deceased shortly after arrival.

“The deaths are not being treated as suspicious, but unexplained, while further inquiries are being carried out.” 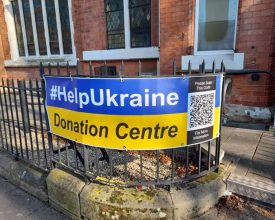 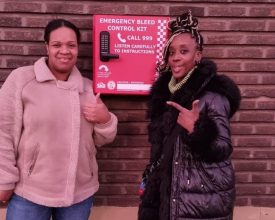