THE husband of a woman who was killed when a dangerous driver ploughed into her at a Leicester bus stop, is planning a series of fundraising events to give back to the charity which helped him come to terms with her death.

Steve Booth, of New Parks, was left devastated when Annette, his wife of 19 years was killed in the tragic incident back in September 2018.

The 57-year-old was standing at a bus stop on the A50, in Woodgate, Leicester, alongside her husband, when she was struck by a car driven by Edgars Grisulis.

Now Mr Booth is planning to raise money for RoadPeace, a national charity for road crash victims, and says this has helped him to cope and find some peace following her death.

His first event, ‘Leic-Ska’, is planned at New Parks Social Club, on Saturday, February 12, when a mixture of ska and reggae bands will waive their fee to perform. More events will be planned throughout the year.

“Obviously Annette’s death hit me really hard, and I suffered with my mental health enormously – PTSD and what they call ‘survivors guilt’, as I was standing right beside my wife when the crash happened,” explained Steve, 64.

“She took the full impact and I still have flashbacks of how it all happened, which I’m still dealing with.

“However, I was referred to a support group through a charity called ‘RoadPeace’, which I’d never heard of before, but they’ve helped me enormously and although I’ll never get back to the person I was before losing Annette, I’ve come a long way and finally feel strong enough to give something back and raise awareness of this amazing cause,” he told Pukaar.

“I’m determined to make sure my wife is not just another victim number and I’d like to raise money and awareness for the charity in memory of her.

“She was my soulmate and when she died, a massive part of me died that night. But I’ll fight with every breath in my body to make sure she’s never forgotten.”

Edgars Grisulis was sentenced to nine years and nine months for killing Mrs Booth, a mother-of-two. He was also given a 14 year driving ban.

As well as helping those affected by road deaths, the charity RoadPeace also fights for better justice and tougher sentences for perpetrators.

To find out more, visit: www.roadpeace.org 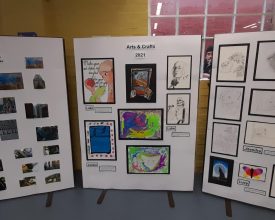 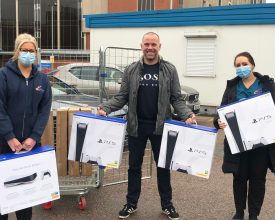 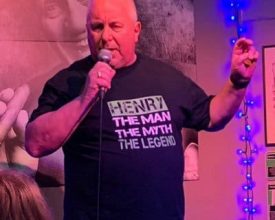