A MOTORIST who intentionally ran over a man at a service station on the M1, shattering his leg, has been sentenced to eight years in prison.

The incident happened shortly before 11.30pm last June 18 at the southbound service at Leicester Forest East.

Police were called following a report that a man had been struck in a car park.

He was found by paramedics with serious leg injuries and taken to hospital on arrival, it was found that he had suffered an open fracture to his right tibia and fibula.

The victim said Knowles had driven the van at him before driving off.

He also told police that in February 2021, messages were sent by Knowles in a WhapsApp group in which he had threatened to kill him.

The day after the incident, police found Knowles’ van in Smithy Lane, Hinckley.

Further enquiries were undertaken, with officers from Leicestershire driving to Blackpool to arrest him – finding him hiding in a caravan under the bed.

On December 13, Knowles – of St walburgas Road, Blackpool – pleaded guilty to one count of causing grievous bodily harm with intent.

He was also given a four-year extended licence and banned from driving for eight years and seven months.

Knowles is also subject to a restraining order prohibiting him from contacting the victim.

“As a result of the collision, the bones in the victim’s leg were shattered and he now has nails and screws in them,” said detective constable Tom White, the investigating officer.

“The collision has had a significant impact on his life and I hope he is able to make a full recovery.

“it was clear that Knowles had been planning serious injury to the victim for some time and that this wasn’t a spur-of-the-moment decision,” he added.

“He knew what he wanted to do. He them tried to evade officers but was soon found.

“I am pleased he has been brought to justice and is now serving a significant custodial sentence.” 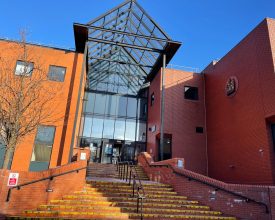 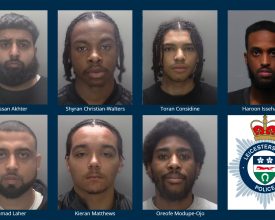