MAJOR schemes that make up more than £2 billion of private and public sector investment already made, or proposed in Leicester, can be seen in a new video.

The video – which uses computer generated images to take the viewer on a fly-through of the city – is being used to promote development opportunities to potential investors.

It highlights a wide range of regeneration schemes recently completed in Leicester, as well as some of those proposed or in the planning stage.

Ongoing and completed projects referenced include the City Mayor’s Connecting Leicester scheme, which has seen the transformation of the city centre thanks to improved connectivity and high-quality public realm improvements.

The regeneration of Leicester Waterside including the development of two new hotels, high- spec offices, the restoration of Grand Central Station and a new public square – carried out by Charles Street Buildings in partnership with the city council – is also shown.

Other schemes featured are The University of Leicester’s development of Freemen’s Common and Leicester Space Park; Mattioli Woods’ office on New Walk Place and Aimrock Holding’s nearby Gresham aparthotel developments; the joint housing venture between Keepmoat Homes and the city council next to the Grand Union Canal; and the Leicester Tiger’s Brooklyn Hotel on Aylestone Road.

Leicester City Mayor Sir Peter Soulsby said: “This video demonstrates very clearly the success of public and private sector partnerships in the city, and what can be achieved with a shared vision and aims.

“It also shows the success Leicester and the council have had in attracting funding from a wide range of sources including the Government’s Levelling up Fund, and the Department for Transport’s Transforming Cities Fund.

“Economic growth in a city is vital for job creation and the prosperity of its residents. Leicester still has huge potential for further growth that others can be part of, and this will be an important tool to help us make the most of that potential.”

The council’s inward investment team can be contacted at 0116 454 1220, by emailing enquiries@investinleicester.com, or visit the Invest in Leicester website to find out more. 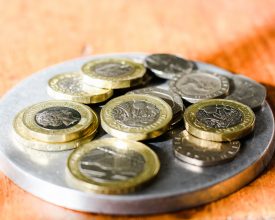 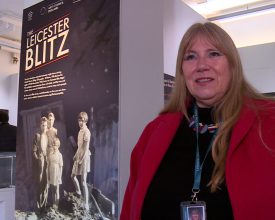