A music video, which was filmed in Ibstock, has won a national award for its dramatic depiction of a strained relationship between father and son.

The video for Sam Fender’s song ‘Spit of You’ was shot on location in the Leicestershire village of Ibstock and features the interiors of well-known local haunts, such as the Wagon and Horses pub and the Manor Fish Bar.

It also stars Stephen Graham, a Hollywood star who famously lives in the village alongside his actress wife Hannah Walters.

Walters helped to produce the video, which was directed by Philip Barantini and production was assisted by local production company, Gatling Gun Productions.

Mr Graham plays the part of Sam Fender’s Dad in the video for ‘Spit of You’, which tells the story of a fractured relationship between father and son.

Yesterday, (October 27), the video was revealed as the winner of the ‘Best Rock Category’ at this year’s UK Music Video Awards, beating off competition from Foals (2am), Muse (Compliance) and Florence + The Machine (King).

Sam Fender said that working with Graham, who has starred in the likes of ‘Line of Duty’ and ‘Peaky Blinders’, as well as Hollywood blockbusters like ‘Pirates of the Caribbean’, was “the most amazing experience.”

“Genuinely one of the best actors this country has ever seen and such a lovely bloke,” he said.

Speaking of the song and music video, which has secured over 500,000 views on Youtube, Mr Fender revealed that it’s based around his own relationship with his Dad.

“We both struggle as blokes to communicate the way we feel to each other without it becoming a stand off. It’s about how the apple doesn’t fall far from the tree, as I get further in to my twenties I see so much of myself in him, especially when it comes to being stubborn,” he said.

Upon its release, the song and video struck a chord with many, who praised its raw and “brutally honest” message.

“This video is a piece of astounding cinematography. The plain, honest scenes about a dad and his kid going through the motions together and facing them, it’s something which can only convey pure bliss and beauty to the story,” said one viewer on Youtube. “Words have a tangible identity when portrayed on screen, which means you can relate more and more to them.”

“The height of British talent in one video, Sam Fender and Stephen Graham together can’t get any better than this,” added another listener.

“Two of Britain’s finest within in the entertainment business in one video. Sam couldn’t have picked a better actor. Hats off to whoever made this happen.” 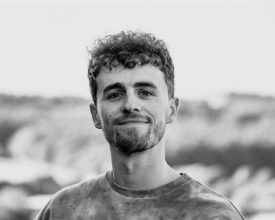 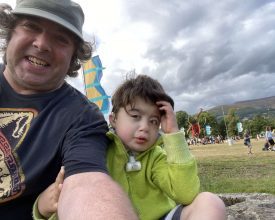 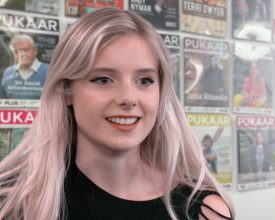