A BIRSTALL boxing gym is celebrating 20 years of helping youngsters in the community despite being on the ropes and close to closure two years ago.

Carl Gunns’ Community Boxing Gym, is celebrating 20 years of being in business, since setting up on Birstall Road.

Mr Gunn (pictured right) opened the venue back on February 20 2002, “not as a money-making venture, but to give ordinary children something to do”, he told the Leicester Times.

“The gym has helped get young people who suffer from disabilities or with a lack of confidence keep active and be social through the sport,” he added.

“I’ve had kids in care come through the doors and sometimes this gym is all they’ve got.

“I only charge £1 an hour but sometimes I’ll let them train for free if they can’t afford it. It’s not about the money. I enjoy the challenge and I enjoy giving these kids a chance.

“You’ve got to look after the young people.”

Despite its popularly, and its huge value to the Leicestershire community, Carl’s gym nearly closed back in 2020 after being hit hard by the pandemic.

However the community rallied around to raise the £10,000 needed to secure its future, and the venue is now fighting back.

As well as the help it gives to young people in the community, Mr Gunn says that he uses his gym to give back to the boxing sport which has been so good to him.

He used to work in the world of professional boxing and at one point was the youngest professional manager in the UK.

“I’m an ordinary guy who has led an extraordinary life. I’ve been in the company of Muhammad Ali and met so many people through boxing,” said Mr Gunn, who is now in his 70’s.

“I could write ten books about it, but it’s important to give something back. There are a lot of people who need help out there.”

Carl Gunn’s Community Boxing Gym is currently home to around 300 youngsters who train there.

“I tried my hand at boxing as a youngster but I wasn’t any good really,” he added.

“I’m a corner man, that’s where I belong and that’s what I’m good at. But the potential of some of this kids is massive. The gym is my passion and being there every night, watching them train, that’s what keeps me going.” 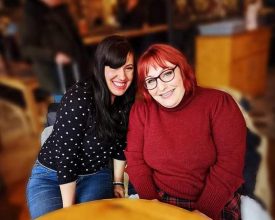 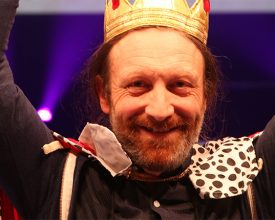