Three catering students at Leicester College have reached the qualifying heats of the 9th annual UK Young Restaurant Team of the Year.

The young team from Leicester, comprises two chefs – Flynn Thorpe and Husnaa Kaka – and one front of house – Charlie Lear.

The first round of the competition required the team to create a three-course menu that included an element of French provenance. It also had to include a vegetarian starter that showcased celeriac, a main course featuring Quality Standard Mark British Lamb and a classical French potato dish, and a fully plant-based dessert.

They also had to create a welcome drink and select wines to accompany the starter and main courses.

Having reached the qualifying heats, along with five other teams from across the UK, the team will now create and present the dishes and drinks to the judges. Five teams will then go through to the grand final on June 29.

The grand final will have a very a special guest judge, Pierre Koffmann, who held three Michelin stars for 15 years.

The prize for the winners is a study tour to Lyon in France, the capital of gastronomy.

Andrea Bridge, Restaurant Manager/Lecturer in hospitality and catering at Leicester College expressed her pride at the student’s achievements.

“We are very proud of the students’ achievements, and they are excited to have been shortlisted as one of the six qualifiers,” she said.

“They’re looking forward to taking part in the competition and showcasing their skills to the judges.”

To find out more about the competition, visit: www.restaurantcompetition.co.uk 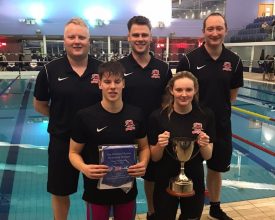 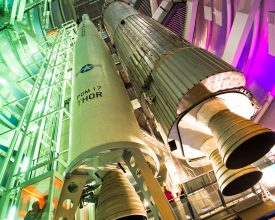