The route is the UK’s longest electric circular bus route, and is the fifth service to be launched which will use a fleet of electric buses owned by Leicester City Council.

The new route will connect with other transport services, boosting convenience and accessibility for residents in the city. Buses will travel in both a clockwise and anti-clockwise direction, with the new route coming into operation on 24th October 2022 and replacing the existing 40 Circleline service.

The initiative is being partially funded by the Department for Transport’s Zero Emission Bus Regional Areas (ZEBRA) scheme, as well as Leicester City Council.

“Launching the Leicester Buses Partnership back in April has meant we’ve been able to work very closely with the city’s bus operators to bring forward projects like this to make top-notch public transport accessible to more people while being committed to tackle emissions and the climate emergency,” said Adam Clarke, Leicester deputy city mayor for transport, clean air and climate emergency.

In the project’s first phase, six new fully electric buses will be in operation on the route, with buses available every 60 minutes.

Planned additional phases of the project include six new bus lanes and nine improved junctions along the route, an evening and Sunday service, and eventually buses every 15 minutes. This is dependent on funding being secured.

Clarke added: “The Orbital joins the Park and Ride and Hospital Hopper as part of the Leicester City Council owned Greenlines electric buses fleet, helping to fill gaps and connect the commercial network for the public benefit whilst also helping to meet our net zero ambition.” 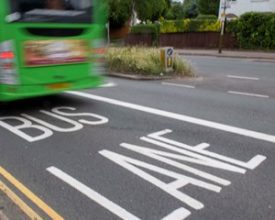 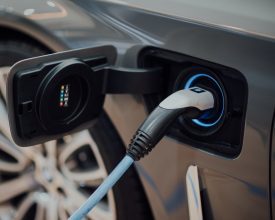 100 MORE ELECTRIC CHARGING POINTS TO BE INSTALLED ACROSS LEICESTERSHIRE