Violence and large scale disorder broke out in East Leicester over the weekend, when groups of young men began an unplanned protest in the city.

The disorder, which began on Saturday night (September 17), is the latest in a series of disturbances which have taken place in East Leicester, following a cricket match between India and Pakistan on August 28.

On Saturday evening, large crowds formed on Belgrave Road, after groups of young men in Covid masks and balaclavas began an unplanned protest. Videos circulating on social media, show cars being damaged, bottles being thrown and someone tearing down a flag at the Shivalaya temple.

The violence has come out of ongoing tensions between some members of the Hindu and Islamic communities, with representatives from both parties calling for peace and calm in the city.

“I think really this is a case where a small minority of people in this wonderful city of ours, have stirred up trouble needlessly, in a city that has always been marked by peace, harmony and love,” said Dr Ather Hussain, Imam writer and researcher. “It’s causing a great stain on a city that we are proud to be part of.

“I think it’s disappointing. For many years Leicester has been a flagship for multiculturalism, of different faiths of different ethnicities, and I am quite sure – I hope that I am correct in saying that this is a short term problem, which will be solved quickly, and very soon people will realise that there is absolutely no benefit in stirring up hate in our community.

“I don’t think we’re in a situation where we need to talk so much about the problem – the causes of it, or offer any kind of post mortem,” he added. “I think the most important point at this particular moment, is to find a solution for it – to bring all parties together, and ask them to remain calm, ask the authorities to show that this city really is about harmony, peace and equilibrium.”

A large number of officers were present for the safety of the people over the course of the weekend. A large number of people were searched under Section 60 stop search powers to restore calm to the area.

Leicestershire Police continue to call for dialogue and calm with support from local community leaders. “We will not tolerate violence or disorder in our city,” said a spokesman, adding, “We are asking people to avoid the area while our police operation continues.”

Dharmesh Lakhani, representative of Hindu Temples and communities of Leicester, expressed his disappointment over the weekend’s disturbance.

“There have been tensions growing over the last few weeks, but yesterday it was unprecedented. For our city of Leicester, this is really bad,” he said.

“We have such a diverse community, and we live in peace with each other, we’ve never had these issues. So obviously it was a shock that it happened, but it has happened and we have to face it now.

“The communities need to work together. The Hindu community are going to be working with all communities, the police and the authorities to put an end to this disruption in everybody’s lives in Leicester.” 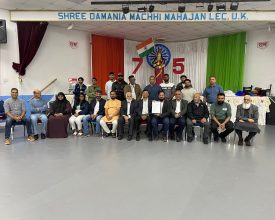 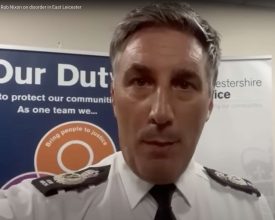 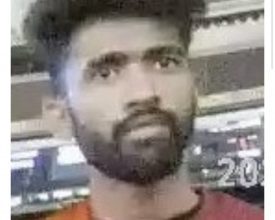 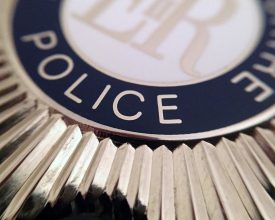