Between 4-5,000 people are expected to attend a free event in Leicester this weekend, which is designed to celebrate and commemorate the arrival of Ugandan Asians in the UK 50 years ago.

‘Uganda 50’, which is being held at Abbey Park on Saturday and Sunday (July 30/31) will feature the poignant stories of people who came to the UK, after being forced out of their home country by Idi Amin, back in 1972.

Of the estimated 70,000 who arrived, 12,000 Ugandan Asians are estimated to have settled in Leicester, choosing to rebuild their lives in the city.

The event is being hosted, and broadcast live around the world by Sabras Radio – the Midlands biggest Asian radio station.

Don Kotak, the station’s director, said that he was expecting a good turnout, and was looking forward to people sharing their stories and experiences of Uganda live on stage.

“Several members of the community have expressed an interest in coming on stage to tell their stories, so that should be very interesting, and also quite emotional I imagine,” he said.

“We’ve billed the event as ‘commemoration and celebration’”, he added. “We’re remembering what happened 50 years ago, but also we’re celebrating the fact that people have overcome that and built new lives, and Leicester’s been very instrumental in that.

“For those who don’t know the story of Uganda, it should be an informative event, and I’m looking forward to the prospect of it educating people, who perhaps have never heard of what happened.”

Alongside the stories being told, there will also be live music and dance performances on stage, with known artists including Navin Kundra, Tariq Khan and Jaswinder Jassi, included on the line-up.

The Peepul Centre dance group will also be bringing their energy to the stage.

There will also be around 10 food stalls, selling Ugandan and Asian style food, as well as a drinks bar running throughout the weekend.

Billy Bates funfair will also be operating at Abbey Park, throughout the course of the event.

“If the weather’s good, we’re expecting between 4-5,000 people, as well as those listening at home,” said Mr Kotak. ““The whole event is being broadcast live by Sabras Radio, and also webcast world-wide,” he added.

“People sitting in different parts of the world will be able to share in the whole event, which is exciting.

“We’ve had a lot of messages from people in different parts of the world saying ‘we wish we were there for the event’, and wishing us well.

“It should be a great weekend for people to come and enjoy.”

To find out more, visit: https://sabrasuganda50.com/ 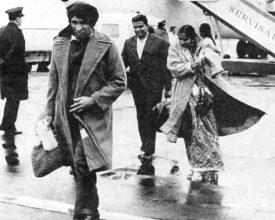 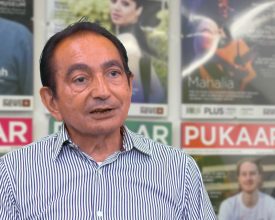 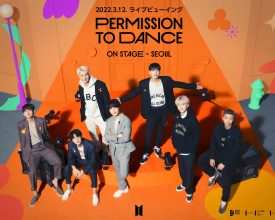 BTS CONCERT TO BE STREAMED LIVE AT CINEMAS ACROSS LEICESTER