A LEICESTER City fan has been banned for life by the Foxes after running onto the pitch and attacking Nottingham Forest Players during yesterday’s FA cup tie.

The unnamed 25-year-old ran onto the pitch last night (Sunday, February 6), during the FA cup fourth round encounter, in which Leicester City suffered a 4-1 defeat against their rivals Nottingham Forest.

The incident happened after Forest captain Joe Worrall scored to give the side a shock 3-0 lead in the 32nd minute.

The game was goalless 10 minutes before.

Caught on live TV, pictures showed the invader entering the pitch and scuffling with Forest players, with striker Davis appearing to be punched.

After the game, Davis tweeted: “What a win, but I got a headache.”

The thug was quickly bundled to the ground by fast-thinking ground security staff and police eventually arrested him on the sideline before walking them off the pitch.

Leicester have now banned the fan for life from attending their matches.

In a statement, a spokesman for the Foxes, said: “The club is appalled by such behaviour and offers its apologies to Nottingham Forest and its players whose safety was compromised.

“We applaud the swift action taken by City Ground stewards in apprehending the individual involved, who will be subject to a lifetime ban from all Leicester City fixtures at home and away.” 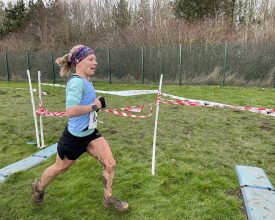 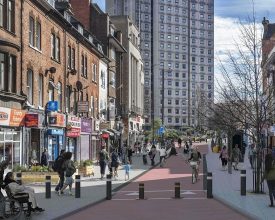