A 250-capacity cell block extension to the new HMP Fosse Way prison has been approved by Councillors on Blaby District Council’s planning committee.

The new four-story building was given the green light at the planning committee, held on Thursday, December 15.

Approval was also given to a two-storey ancillary building, a sports area and 80 extra parking spaces, all located on the north of the site.

The design of the buildings is set to match those already being constructed on the site of the former Glen Parva Young Offenders’ Institution.

In addition to the additional built development on the site, the proposals include the provision of new trees, wildflower meadows, semi-improved grassland, a new wildlife pond and other habitat improvements on the remainder of the northern part of the site, to achieve an overall biodiversity net gain of 3.45 per cent.

The former Glen Parva Young Offenders’ Institution was demolished in 2017 with outline planning permission granted for the replacement prison the same year and full approval given in 2020.

The expansion move is directed by the Government’s aim to create around 20,000 new prison places across the country by the middle of the decade. Private firm Serco has been named as the operator of the jail which will focus on training and resettlement when it opens next year.

Councillor Ben Taylor, Portfolio Holder for Planning Delivery and Enforcement and Corporate Transformation said: “We have already seen an economic boost locally thanks to the construction of the new HMP Fosse Way and hope this extension will help prolong that.

“Since approval was first granted we have been proud to have taken advantage of the building of this new prison in our area to team up with stakeholders and give local businesses access and opportunity to bid for work, as well as working with schools to provide an insight into the construction industry for students.

“With Serco announced as the operator for HMP Fosse Way, we also aim to work with them in the future to ensure the facility has a positive, long-term impact on the community.”

The site has already created 230 jobs and 16 apprenticeships during construction and when open, it is expected to offer more than 600 jobs, providing a further significant boost to the local economy.

The prison extension is expected to open in 2025. 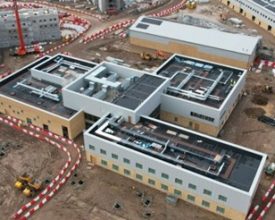 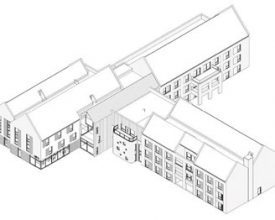 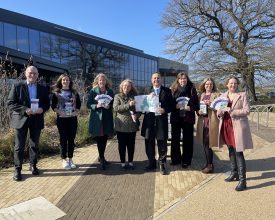 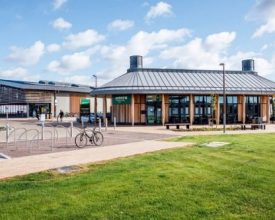